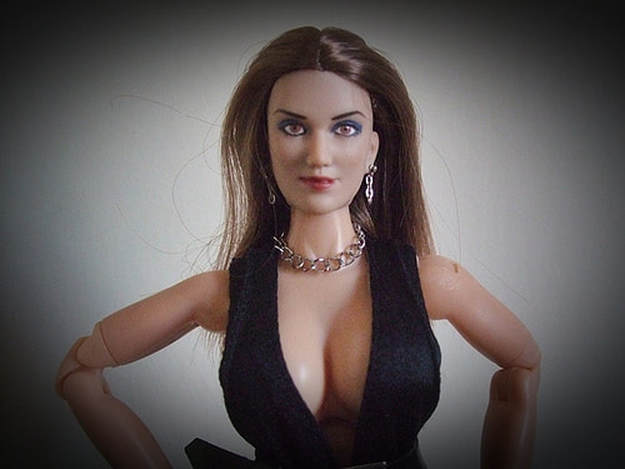 Carrie Lovelace.... fantasy/ SF / horror  genre actress...with a huge cult following.
You may remember her from such films as "Peril at the Centre of the Earth", "Dracula AD1999", and "Starcrossed",  and from her earlier modelling career which included the massively successful billbord adverts for Graham's Army Gin which were responsible for so many traffic accidents... 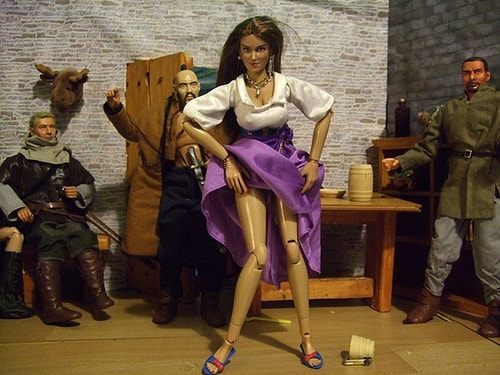 Carrie broke into the world of television  when she auditioned for the part  of RAVELLA, but was offered instead a role as series regular Carla the Gypsy Wench, a  popular character which she has played through all six series of the show so far.

Lately however, Carrie has been making unwise choices in her personal relationships, and rumours of falling ratings for "Ravella" are making her nervous...

[any passing resemblence to any other genre actress is a] entirely coincidental and b] a compliment.] 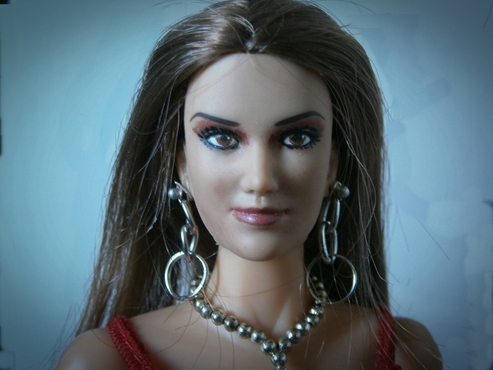