A gallery devoted to dioramas or locations that were created  or adapted as photostory sets. All temporary,unfortunately. Most consist of increasingly desperate attempts to re-use the same wall and door unit, in different configurations. I don't have a seperate record of every room ever used; some were very minimal and never intended for exhibition, and sometimes little more than just a part of a room to suggest a location .
Favourite props- plastic folding seats, Rement office supplies, and home-made books and magazines.
Much as I admire the amazingly detailed dioramas produced by some 1/6th scale enthusiasts, my efforts are rather more modest, and it's a case of "that'll do" and  making the best use of what I have available. 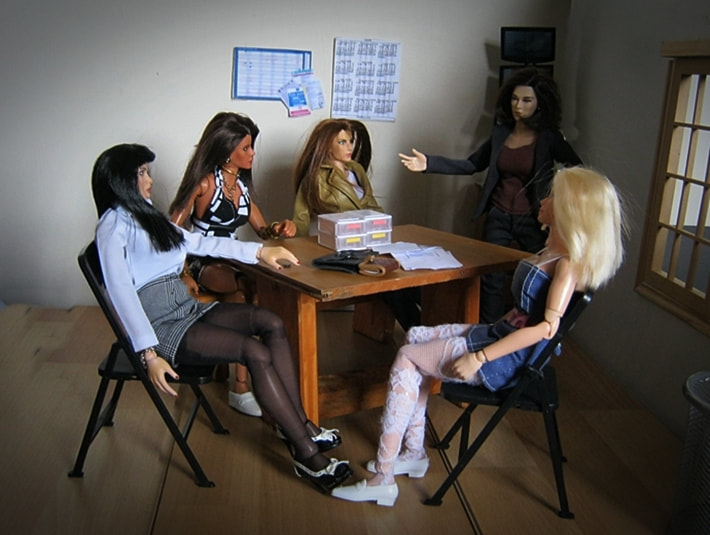 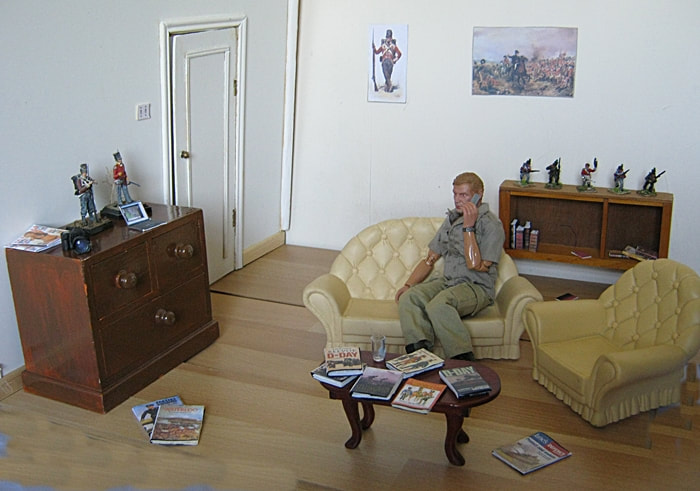 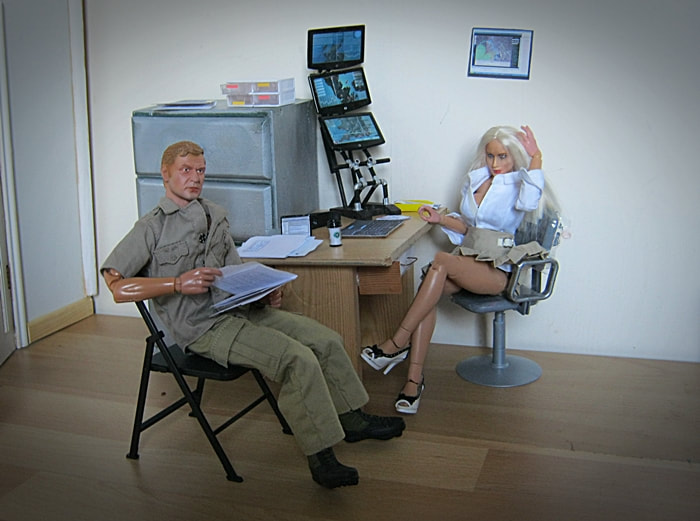 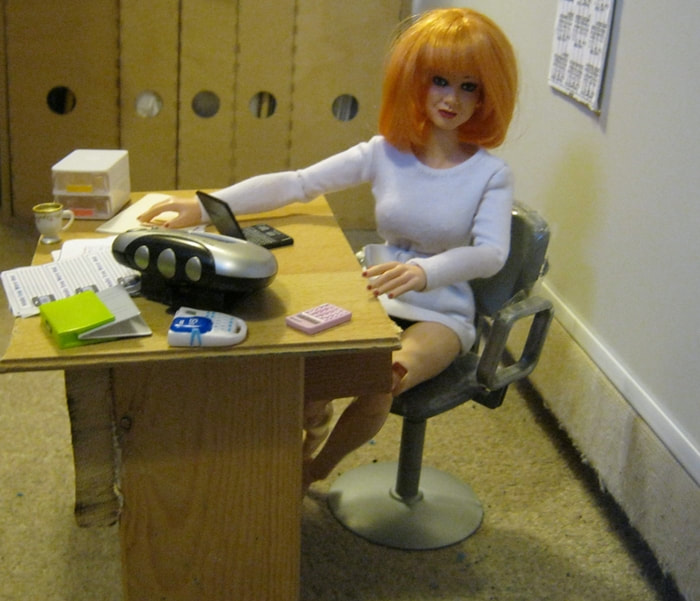 The filing cabinet is an old jewellry box sprayed silver, and the swivel chair came from a charity shop [Barbie hairdresser?] and was repainted. 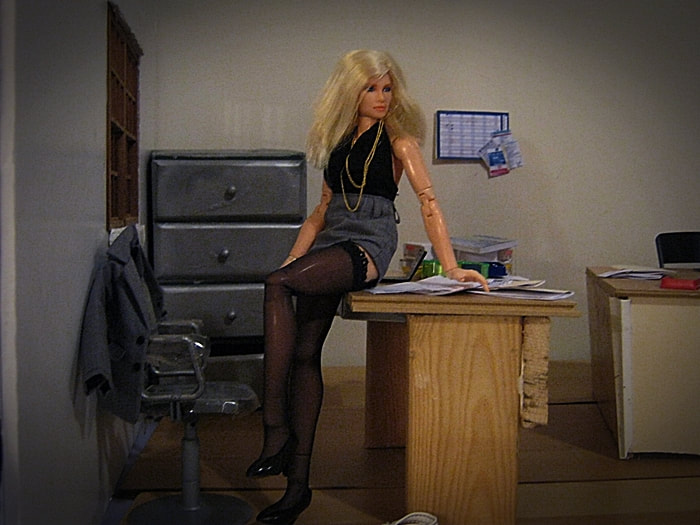 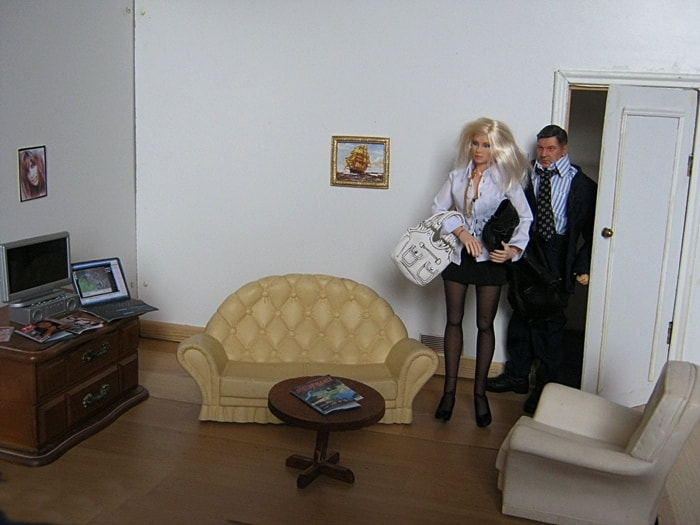 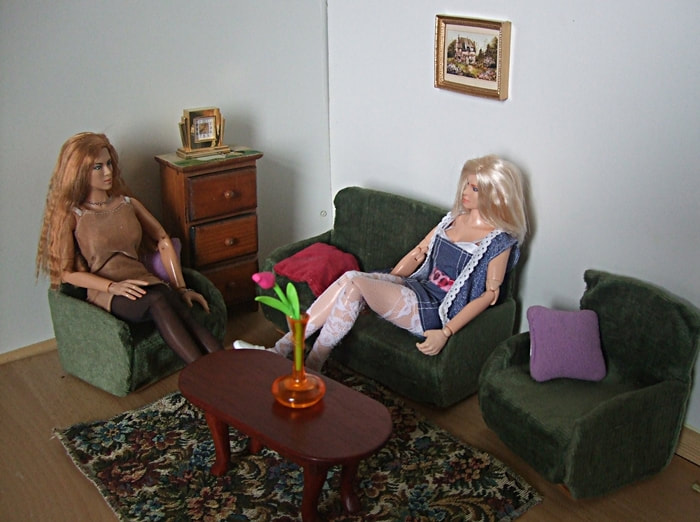 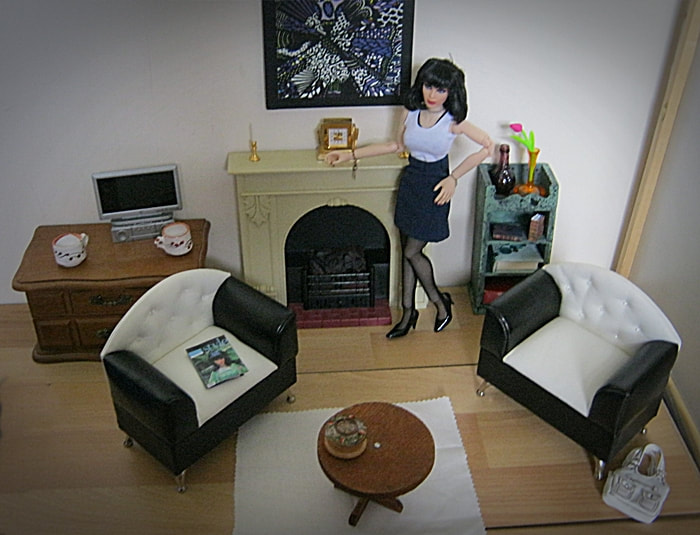 The easiest and the most entertaining location to create, as I have no shortage of models and toys to bring in to establish the geeky flat, along with the photos of David's favourite 70's genre actress. 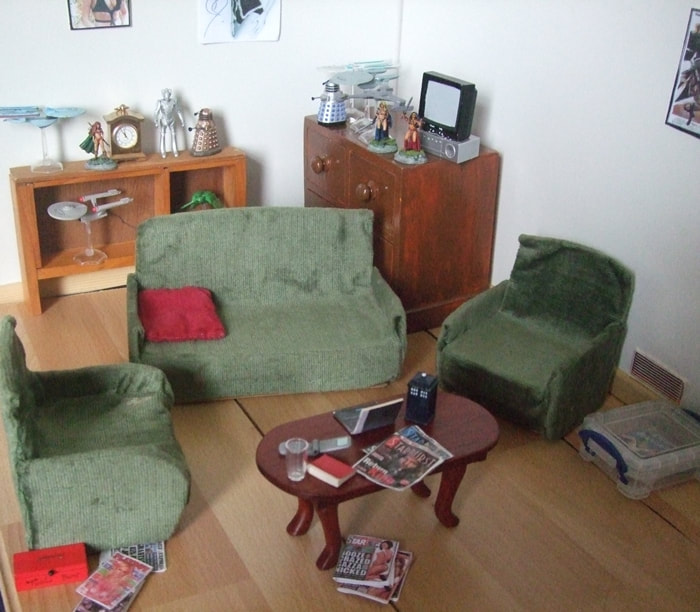 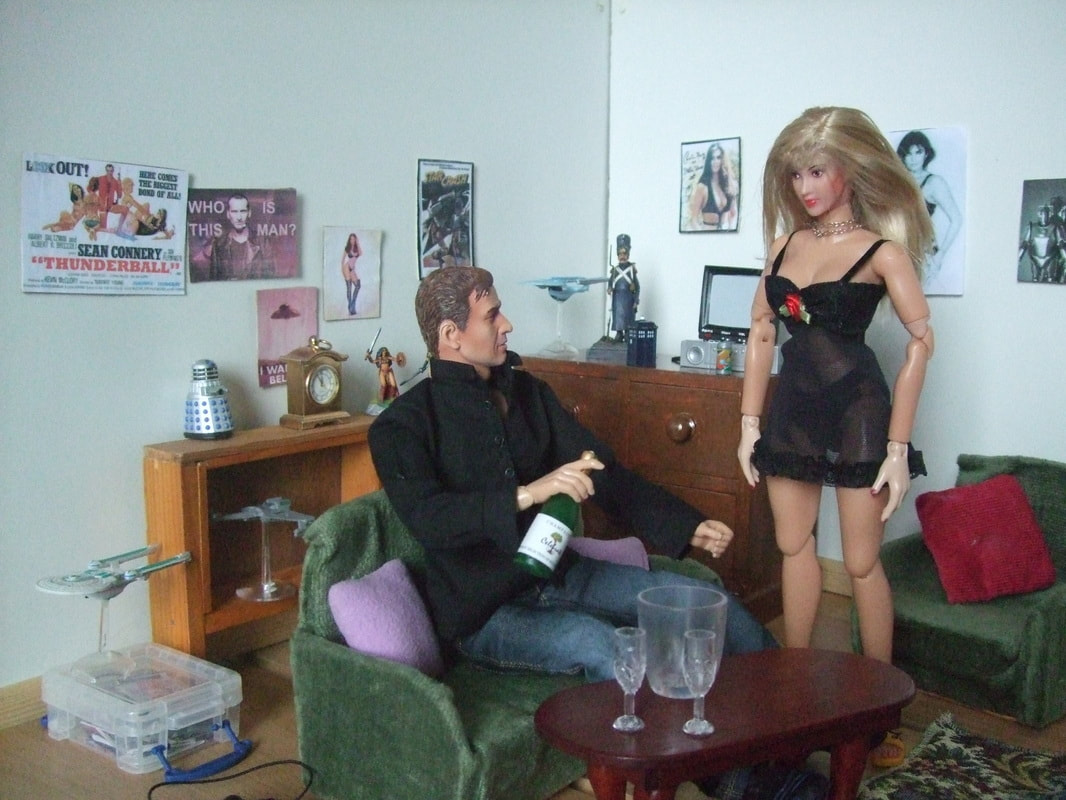 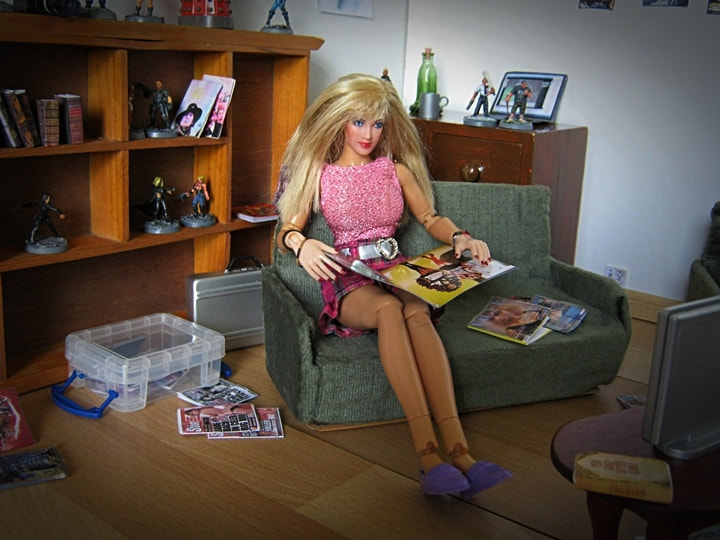 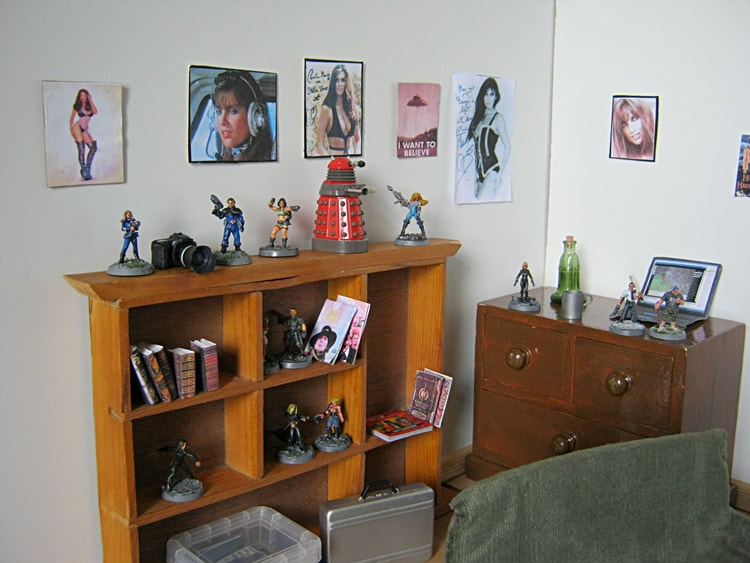 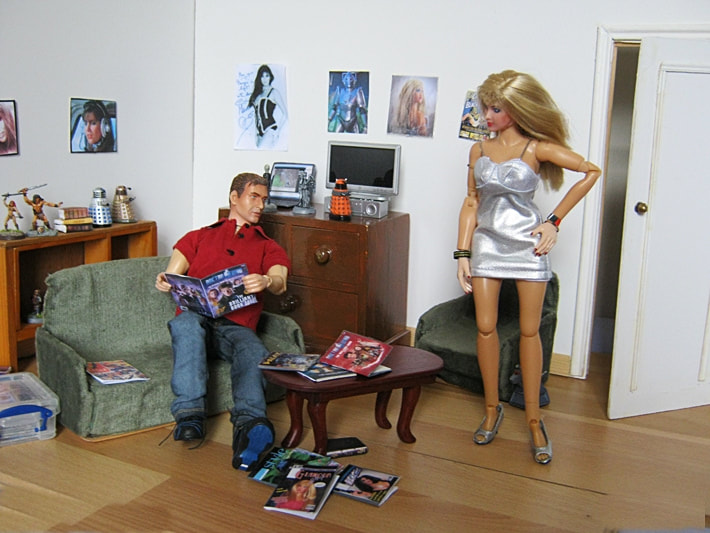 It's always nice to go outside in the fresh air...and to get away from the constraints of the room sets. 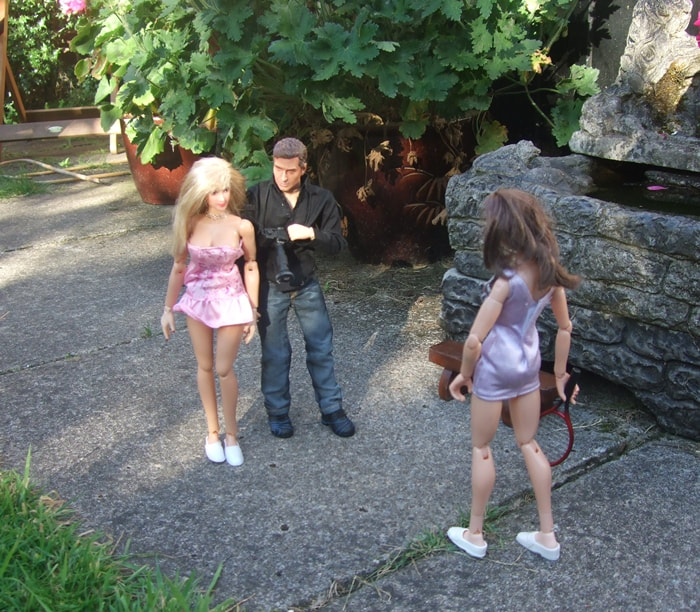 From my first story. 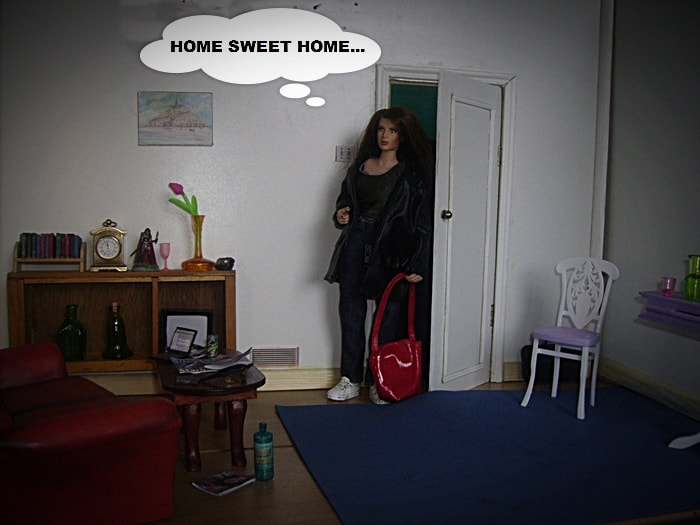 Or one of several versions that have appeared-the layout of her flat is somewhat fluid...
The vintage Sindy sofas and armchairs [in red or cream] make frequent appearances. 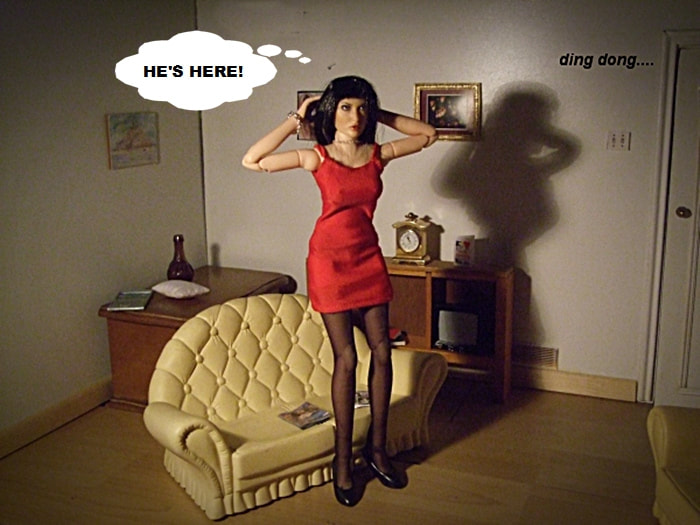 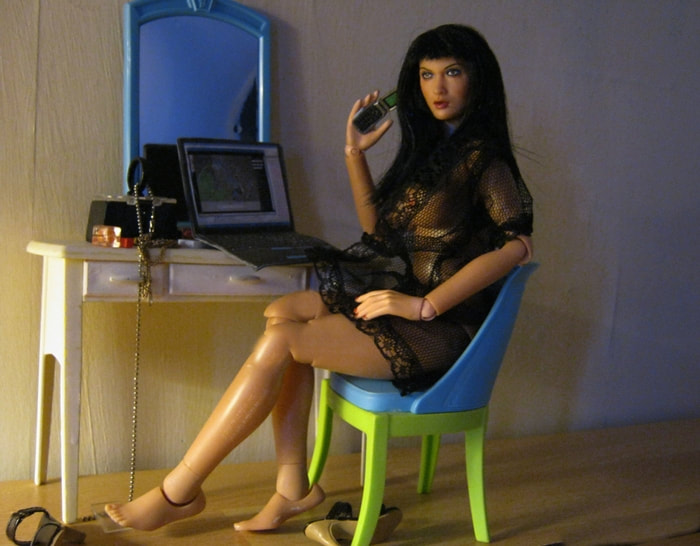 Shannon's bathroom... with part of a Barbie/Sindy bathroom set. 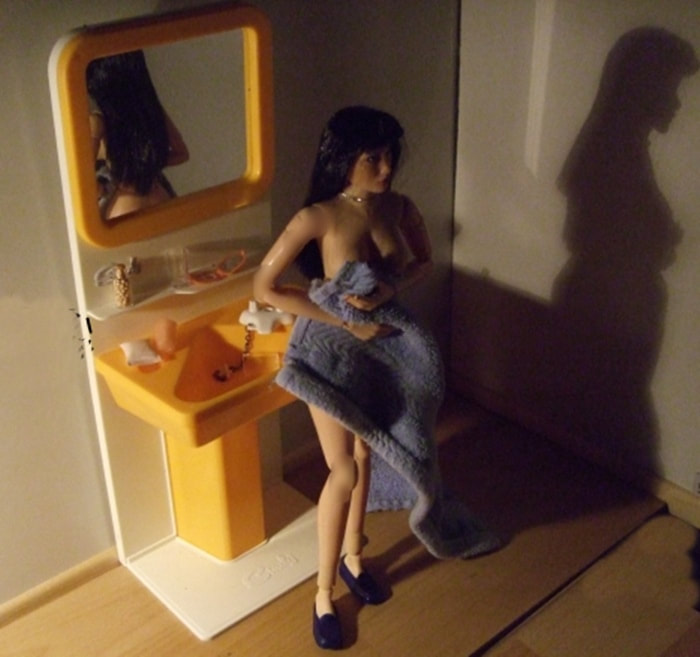 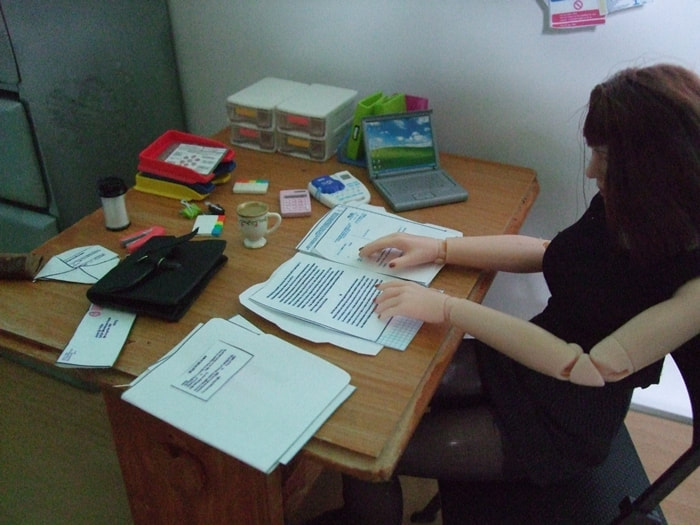 YES, it's that filing cabinet AGAIN... 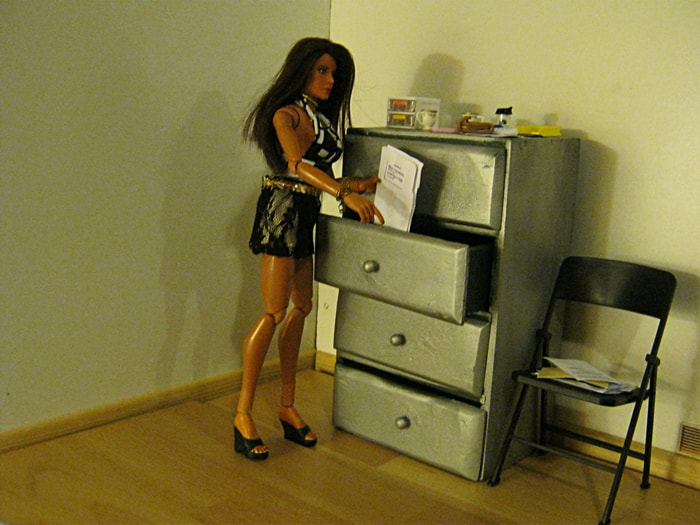 Several  French posters and adverts help to establish the ambience. Sometimes you only need a few props to set the scene. 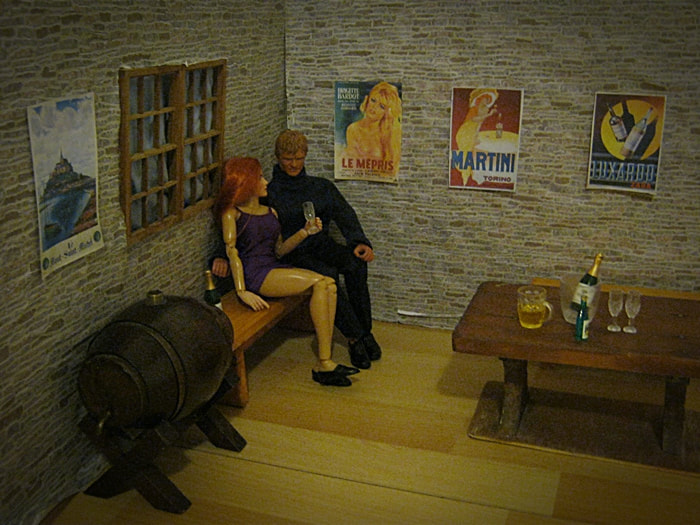 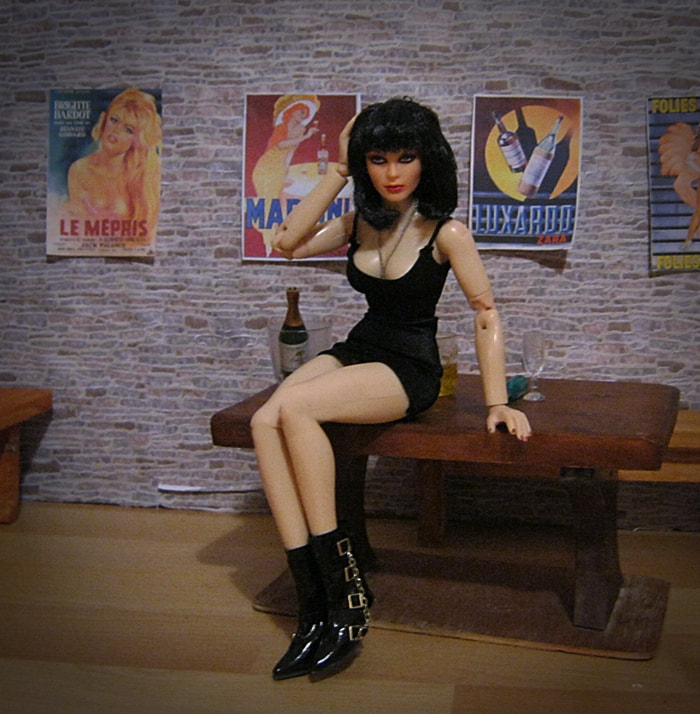 The exterior establishing shot... 20mm scale model buildings, and an old Dinky car help to set the scene, and provide a break from the interiors. 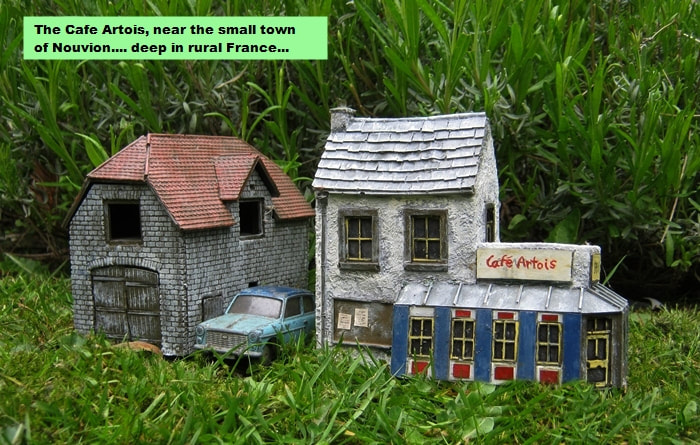 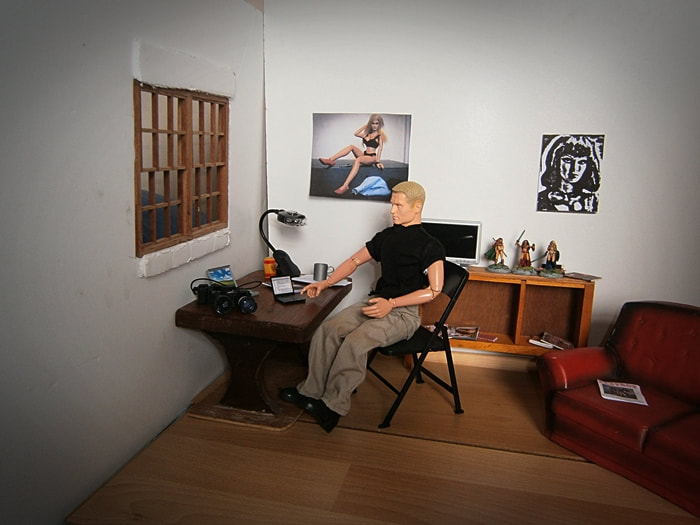 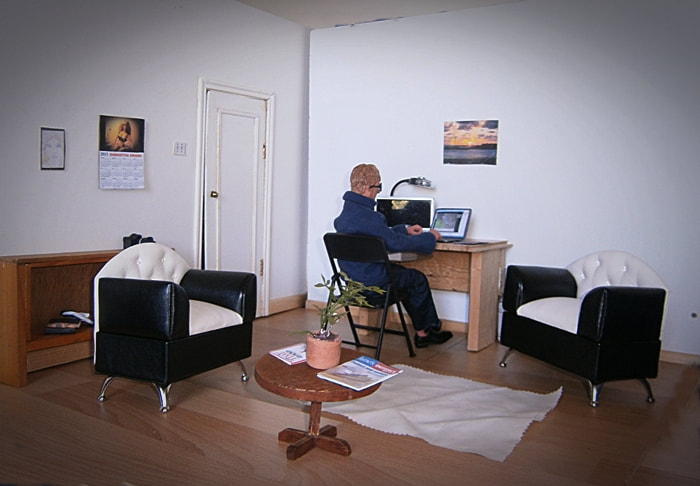